Aldous Huxley wrote Brave New World in 1931. This is no coincidence he wrote such a dystopia at that time. Indeed, capitalism and mostly mass culture were booming in Europe: culture was becoming more and more accessible and affordable to everyone.

To start with, cinema developed and became cheaper, allowing (almost) everyone to enjoy it. Newspapers and press in general bloomed and people started to read more of them. Those years also marked the very beginning of cabarets and television. And, as pretty much everybody owned a radio, therefore, channels and programs grew in number, as much as advertisements, which became integral part of the urban landscape: this is the beginning of Mass Media.

We can define mass media as media technologies targeting a very large audience and are easy to access.

As mentioned previously, Huxley evolved into a world where people were becoming more and more able to gain access to this kind of culture. Therefore, the latter adapted and became more “popular”, as a consequence, it tended to be simpler and not reserved to the elite anymore. According to Huxley, mass media are a way to manipulate people and prevent them from thinking by themselves. That topic is widely dealt with in Brave New World, where Huxley depicts an imaginary society where everything is controlled, especially the way people think and behave.

But, how can the importance of Mass Media and their effects depicted in Brave New World be related to the society we are currently living in? 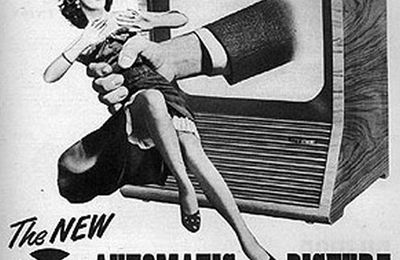